Health inequalities are real and growing

The impact on the NHS

People in deprived areas are more likely to smoke, to eat junk food, to be physically inactive, to be obese and to have type 2 diabetes – resulting in more years of ill health and a disproportionate consumption of NHS time and resource. At any given age, poorer people are more likely to see their family doctor, have a public outpatient appointment, visit accident and emergency, and stay in hospital for publicly-funded inpatient treatment.

The need has been recognised

The need to address inequalities in access, experience and outcome has been recognised by:

·      The appointment of Dr Bola Owolabi as NHS England and NHS Improvement’s Director, Health Inequalities in 2020.

The problem is now being recognised. However, have the challenges to achieving this been recognised and are there realistic plans to overcome these challenges? 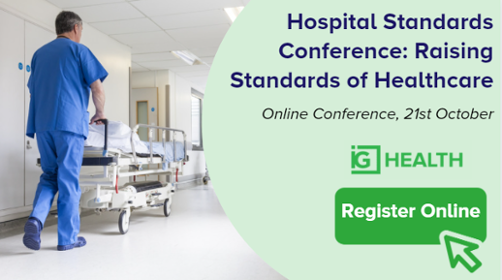 The challenges the NHS faces in tackling health inequalities

Where is the time, resource and capacity for the NHS to start to tackle health inequality? That’s why I’ll focus here on action in line with what is already being expected of hospitals (in terms of quality i.e. safety, clinical effectiveness and patient experience; and government plans) and/or which isn’t too time consuming.

What CAN hospitals do?

Both treatment and health outcomes can sometimes vary by ethnic origin or socio-economic status. For example:

Modern medicine is arguably often based on the physiological responses of White males, which may sometimes vary from the responses of female or ethnic minority patients. This may present challenges if equal treatment doesn’t lead to equal outcomes.

Action to improve health outcomes is therefore clearly an important starting point. It is encouraging to see, for instance, the aim that by 2024, 75% of women from ethnic minority communities and a similar percentage of women from the most deprived groups are planned to receive continuity of care from their midwife throughout pregnancy, labour and the postnatal period, to help reduce pre-term births, hospital admissions, the need for intervention during labour, and women’s experience of care.

Our research suggests there are potential triggers in people’s lives (sometimes described as teachable moments), when they are more open to health advice. These include pregnancy/having young children and when they or someone close to them is diagnosed with a serious illness.

An example of making every contact count is the government’s pre-Covid plan to implement the Ottawa model of smoking cessation in hospitals. The aim was that by 2023 to 2024, all people admitted to hospital who smoke would be offered NHS-funded tobacco treatment services, including a new smoke-free pregnancy pathway for expectant mothers and their partners. Treating the patient rather than just the condition they present with may save time (and lives) in the longer term.

Work with charities and social enterprises

This is particularly important to help address the underlying causes of health inequalities. Local charities and social enterprises may be better placed to support vulnerable and at-risk groups. For example, Pathway (initially a University College London Hospitals initiative, now a national charity) helps the NHS to create hospital teams to support homeless patients - resulting in fewer A & E attendances and a significant reduction in bed days.

The NHS has recognised this kind of innovation will need to be encouraged and supported by ICSs to address health inequalities in their populations.

Childhood obesity is particularly prevalent in deprived areas and can lead to lifelong obesity. It is both a symptom of existing health inequalities and a cause of longer-term health inequalities – increasing health risks such as type 2 diabetes, heart attack, stroke, cancer and depression.

The success of the Children’s Obesity Clinic in Holbaek, Denmark, suggests hospital-based individualised treatment plans can make a difference. Studies suggest the TCOCT treatment protocol is successful independent of factors such as social class, degree of obesity and an obesity linked genetic risk score. Importantly the results have been achieved with just 5 hours per patient per year.

A typical hospital trust employs staff from porters and facilities staff to consultants and senior managers. This provides an in-house opportunity to tackle health inequalities and learn from this experience when treating patients more generally.

For example, when the Royal Free Hospital introduced its Fit at the Free programme for staff, initially only 10% of participants were from the lowest pay bands. Fit at the Free therefore explored what was preventing them participating and then started a scheme aimed specifically at facilities staff (on the lowest pay bands, with the highest sick rates). One unexpected but positive outcome was that a team of facilities staff became so motivated they walked up Mount Snowden.

Subscribe
Inside Government takes great pride in serving our public and voluntary sector communities through hubs that provide events, training courses, resources and insights. It is our aim to facilitate growth, development, innovation and efficiency in the implementation of public policy and delivery of public services.
Company Registered Number 3307092 VAT Registered Number 686 2779 74 Partnership Media Group Trading as GovNet Communications