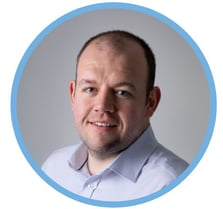 To further explore the research on MATs that we highlighted in a recent blog post, here Will Jordan, Co-Founder of IMP Software shares insights into the key findings of the Growing Philosophy report.

Last month IG Schools published an overview of our A Growing Philosophy: How are Multi-Academy Trusts developing their operating models through centralisation? report. This research identified, most significantly, the importance of centralisation as a strategic choice linked to the overarching ethos and culture of any one MAT. It also highlighted the resulting impact on Headteachers to focus entirely on teaching and learning. When I reflect on our discussions with MAT leaders, there are three key practical takeaways that I would encourage other Trust and school leaders (and indeed Trustees and local governing bodies) to consider when embarking on their journey towards centralisation.

For some Trust leaders interviewed for this report, centralisation was decided from the outset or at an early stage in the MAT’s journey; for others, it has become a change management programme as the Trust has grown and evolved.

Whilst centralisation can still be a controversial topic, schools within the featured Trusts appear generally supportive of the process. This was due to their involvement from the beginning and their belief in the wider purpose of the strategy, which is further supported by the benefits of centralisation being felt at school level as resources are pushed back to the frontline.

The question around what is centralised, how and to what end, is one that is pertinent across the sector – and indeed many models are available.

The pooling of General Annual Grant (GAG), where a Trust receives its funding centrally and then allocates budgets to the individual schools, is often interpreted as one of the more explicit outcomes of centralisation. Whilst the textbook definition is a straightforward one, the reality is that culture, values and context will drive what GAG pooling means to each individual Trust.

However, Academy Transformation Trust has spoken openly about the benefits of this approach because its academies operate under 10 local authorities, with different funding levels for primary and secondary schools. Some academies were really struggling, others were doing better financially, so GAG pooling across the Trust has given everybody equity.

In fact, in the snapshot of MATs featured in our report, GAG pooling is implemented at a representatively high scale suggesting an increasing move for more Trusts to embark on such a journey. Aspire Academy Trust, Cornerstone Academy Trust and L.E.A.D. Academy Trust also detailed their reasons for adopting GAG pooling and the clear benefits of that. Others are moving towards a GAG pooling approach.

The majority of MATs have centralised their financial and non-financial systems to a degree, the challenge being that each Trust has chosen a different path and worked in a different way to achieve things. The reality is that every single example we see is different and there is no one-size-fits-all approach, or a blueprint that can be followed to ensure success.

However, what is available is the experiences of others who have been through or are in the process of going through the development of operating models through centralisation. I am not aware of many MATs that are completely at either end of the spectrum; so they are either fully devolved to schools or fully centralised, and most are somewhere in between, but the general direction of travel is towards greater centralisation.

The MAT leaders interviewed for this report are well placed to share their learnings with other Trusts. The importance of setting the vision and being clear on the direction of travel, was strongly emphasised. Early consultation and communication with colleagues is vital to ensure schools are on board – especially in selling the benefits of centralisation – was also a clear message, as was that varying degrees of centralisation are do-able in any size of Trust.

Will Jordan is Co-Founder of IMP Software. A Growing Philosophy: How are Multi-Academy Trusts developing their operating models through centralisation? can be downloaded here.

You can also read more about MAT leadership in the IG Schools Governance and Leadership Handbook. 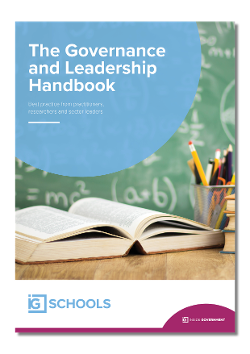