What are the costs of a focus on ‘winning’ in education?

Dr Cath Bishop, Olympian, former diplomat and author of ‘The Long Win’, considers the recent revelations through the Everyone's Invited initiative, and considers how these may relate a culture of competition in education.

One former pupil at an independent school speaking out as part of the ‘Everyone’s Invited’ review described how ‘lists and competitions were a big thing’ at school, another spoke of ‘rankings of girls’ bottoms’ amidst shocking stories of harassment, abuse and even ‘rape culture’. What is this culture of competition that pervades the very interactions between pupils and the way they socialise? How has education become about winning, rankings and league tables?

In order to answer these questions, I find myself returning to the basics – what is the purpose of education? Is it to compete? Is it for pupils to strive to outdo their peers? Is it for one school to be better than another, win awards and collect accolades? If you look at the websites and brochures of most independent schools, you might well think so. Websites are bursting with phrases describing schools as ‘award-winning’ and ‘top-ranking’. Schools compete for titles such as ‘independent secondary school of the decade’. Yet these same schools are the source of stories of trauma and abuse which continue to be shared on the ‘Everyone’s Invited’ review.
Might there be a correlation between the endemic desire to compete and this outpouring of suppressed trauma? Why have schools become so obsessed with winning? I find myself searching to understand how the single-minded pursuit of awards and rankings furthers the purpose of education to foster learning, development and personal growth for every pupil.

The need to ‘win’ exists on multiple levels within schools, for the school itself, for teachers and for pupils. When one highly reputed independent school achieved the accolade of ‘independent school of the decade’; it had banners made up with this phrase in large letters attached in various places outside the school gates. But what purpose did that banner actually serve? Did it help pupils to develop their critical thinking, leadership skills or deeper understanding of the curriculum? If not – and it’s hard to see that it would – why did they have to be prominently displayed? Was the headteacher afraid that pupils, teachers or parents might forget about it and need reminding? Was it to boast to the local community of the school’s brilliance as local residents went about their daily lives? Could it be to stifle any criticism that might be directed at the school – after all, how could they be doing anything wrong if they are ‘independent school of the decade’? Did these competitions, awards and banners distract from paying attention to what matters – the learning experience of each child? Did these banners actually contribute to a culture of superiority, judgement and ultimately abuse in the school environment? That’s where things have taken a sinister turn, as we see from the stories emerging from many ‘award-winning’ schools.

Pupils are increasingly subjected to the language of competition and ‘winning’ in the narrow sense of outdoing their peers and doing well at exams, gathering as many armfuls of A* grades as possible, and securing the maximum numbers of Oxbridge places (compared year on year and across schools). From pre-school onwards, many school cultures feature rewards constantly in daily classroom life, reinforcing success as a prize: ‘You do this, and you get a housepoint, a sticker, a reward’. But this approach, used in state schools alike, teaches children to expect external (extrinsic) rewards for every action they take, and that things that aren’t rewarded become deprioritised – which could include things like kindness and respect. This approach also detracts from children developing intrinsic motivation for learning as a worthwhile pursuit in itself, obscures the value of being absorbed in a task and letting go of outcomes (- something which is central to deep thinking, creativity, achieving a state of peak performance and ‘flow’ as top athletes do), and steals the joy of whatever activity they are doing, whether it’s playing the violin or playing cricket. It’s a slippery slope then to a ‘win at all costs’ approach, where values and culture are quickly sacrificed in order to ‘win’ the next test or competition. This language and way of thinking filters into the culture of the school so deeply that having lists and competitions infiltrates all aspects of school life, literally to the point where ranking girls’ bottoms feels acceptable to some.

Incentivised by rewards, points, rankings, school systems increasingly prioritise areas that are easy to reward, such as questions answered correctly, high exam marks and those who win competitions. Over time, this culture starts to reinforce a culture of disrespect for areas that can’t be easily ranked as well as a sense that relationships to one’s peers depends on outdoing them in some externally provable way, rather than connecting, supporting and relating to them as an end in itself. That does not make for a healthy learning environment or positive educational experience, nor a safe space to take risks in learning, collaborate or learn from your peers – now proven to be one of the most effective ways to learn and develop.

All the time that schools and pupils are competing for grades and rankings, they reinforce the belief that pupils’ self-worth depends on being better than others in certain easily measurable ways. Schools gradually deprioritise other criteria, consciously or unconsciously. Criteria that we now know include safeguarding, psychological safety and gender equality. The deeper culture of what many pupils have experienced has been omitted from any metrics or rankings, and so over time, become completely overlooked.

An increasing focus on winning at all costs echoes some of the toxic cultures we have seen in sport and business that have had grave consequences. The culture of Barclays Bank at the time of the financial crisis was described in the Independent Salz Review as an environment where ‘Winning at all costs comes at a price: collateral issues of rivalry, arrogance, selfishness and a lack of humility and generosity.’ In sport, there have been multiple reviews on ‘win at all costs’ cultures across British Olympic and Paralympic sports. We have heard about cultures of fear and an inability for many athletes to speak out, for example, in British Gymnastics. These stories tarnish the medals and trophies won in the short-term; the damage to athletes’ lives and the reputation of sport is deep and long-lasting.

It’s a massive failure of leadership in government and schools to allow education to become reduced to a competition and so side-tracked from its fundamental purpose. Schools should not be focused on outdoing others, chasing rankings, and trying to ‘win’, but about developing, supporting and inspiring every single pupil to explore their potential way beyond what’s on an exam paper. Education should not be about notching up a series of short-term, short-lived ‘wins’ but about setting pupils up to lead meaningful lives and contribute to a fairer and more inclusive society.

So, let’s put the banners away, place the rankings to one side and start thinking about the less easily measurable but much more precious, enduring elements of an educational experience. It’s maybe useful to return to the Classics classroom and remind ourselves of the original meaning of competition which comes from the Latin ‘competere’, meaning to ‘strive together’. There is no notion of defeating others, belittling, destroying or outdoing ‘opponents’, but instead a focus on striving alongside our peers to explore what’s possible. 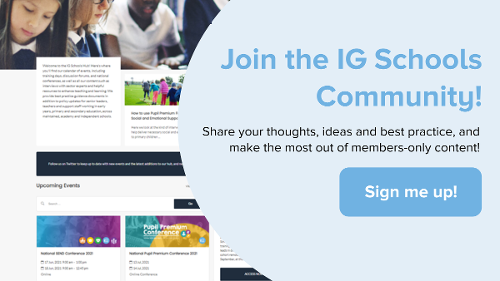 Dr Cath Bishop is an Olympian, former diplomat and business coach. She competed in rowing at 3 Olympic Games, winning World Championships gold in 2003 and Olympic silver in Athens 2004. As a diplomat for the British Foreign Office for 12 years, Cath specialized in policy and negotiations on conflict issues, with postings to Bosnia and Iraq.
Cath now works as a business consultant, leadership coach and author, and teaches on Executive Education programmes at the Judge Business School, Cambridge University and is a Visiting Professor at Surrey Business School. Cath speaks at events globally on topics of leadership, high performing teams and cultural change.
Her first book ‘The Long Win: the search for a better way to succeed’, published October 2020, was described by the Financial Times as ‘a deep and rewarding exploration of human motivation in sport, politics, business and our personal lives.’

The Cost of the School Day in England