Nigel Wilcock, Executive Director of the Institute of Economic Development, gives his reaction to the Government's Autumn Budget & Spending Review. Nigel will be discussing delivering the proposals laid out in the upcoming Levelling Up White Paper at the Local Economic Development Forum in January 2022.

The Autumn Budget and Spending Review 2021 continued the approach of making a big fuss about relatively small economic development projects as well as packaging up previously announced measures into larger scale headlines – but it did give some glimpses of what a Levelling Up White Paper might focus on.

With the various pre-announcements, this was a budget that seemed to last a week rather than 90 minutes. Perhaps the intent was to maintain the news momentum against a backdrop contained in the detail about the impact of the pandemic, the inflationary erosion on living standards that may follow, and the view that Brexit damage is only just beginning to be felt.

Of course not all of this is the Government’s fault and Chancellor Rishi Sunak was certainly putting a good spin on things in his speech.

Levelling Up is the new economic confetti. Previously drab statements about virtually any policy measure that involves expenditure outside London can now have a few colourful sprinkles added and it is sudden part of a magical new approach. Even the drab title of Ministry of Communities, Housing and Local Government has been ‘elevated’ to the Department for Levelling Up, Housing and Communities. Let’s hope this isn’t a further demotion of the importance of local government.

The confetti touched everything – education and health, business growth and research and even playing fields. No doubt this was good news for the 105 places receiving Levelling Up funding (though don’t reflect that these projects were routinely funded locally before austerity denuded local authorities). Don’t be fooled that the £200 million for Freeports or the continued regeneration of 170 high streets was anything other than a re-heated prior announcement. Don’t hold your breath either that the three-years promised £2.6 billion Shared Prosperity Fund is going to address all that is required.

Perhaps, now that every moment of Ministers’ time isn’t taken up by the pandemic, there is a chance to understand the direction of travel and work towards a strategy. We are promised a Levelling Up White Paper by the end of the year and the Shared Prosperity Fund guidance will be linked to this. 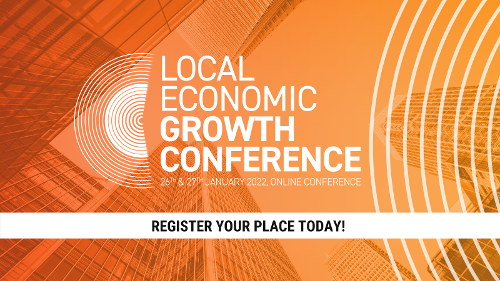 Buried deep in the Finance Bill published in parallel with the Chancellor’s speech there were four principles of Levelling Up. For economic development professionals, away from the hullaballoo of the showcase parliamentary event, these may be the most important aspect of the whole affair.

These principles may be the guiding light for the profession for the next few years:

Of course the detail will need to follow – but there is a suggestion that economic development may be about to focus to a greater extent on people, equality of outcomes and empowering all. This is a subtle but marked change in language.

Future strategy is likely to need to pay far greater heed to its overall impacts and inclusivity may stop being an afterthought at the end of policy statements, action plans and procurement exercises. If this was what the confetti was for, then maybe there is cause for celebration.

The future of Local Enterprise Partnerships

Children are the future: Why a Child-Centred Approach must be at the Heart of Pandemic Recovery