Tracy Harrison from the Northern Housing Consortium shares insights on the importance of delivering good housing across the Northern Powerhouse. 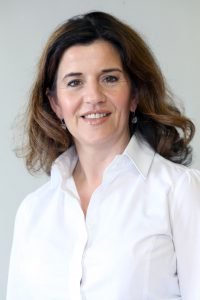 A big shift of power is underway putting into the hands of local decision making bodies devolved budgets for transport, spending on skills and broad infrastructure projects. This new infrastructure needs new housing and better quality housing and the Northern metro mayors have declared that they “stand ready” to deliver ambitious plans to build more homes.

For a new wave of house building to go hand in hand with the success of new industries, local leaders will need to drive local infrastructure challenges – transport, employment sites and local regeneration.

It must be acknowledged that the current infrastructure deficit isn’t just in roads and railways; it is also to be seen in the quality and age of the housing stock. There is momentum and opportunity to align the ambitious approaches with ambitions for good quality housing.

Northern regions, where private sector investment has been weakest, have received far less public infrastructure investment. At the same time there is an immediate and pressing issue for continuity of regeneration funding in Northern areas which have been more reliant on EU regeneration funding than London and the South East.

Infrastructure funding and strategy involves a web of decision making at local and government level. In the last year, councils have been bidding for a slice of the Housing Infrastructure Fund - an extremely competitive process - to pay for roads, railways and schools intended to support the building of new homes.

Infrastructure to support housing is a diverse and complex issue. There is a risk that while trying to be equitable, that the competition becomes a blunt tool in a situation where sophistication is required. Success involves demonstrating the highest financial return for the lowest investment but this has a bias towards areas where homes are sold at higher prices. Metro Mayors in Northern regions have criticised the funding formula for bringing southern areas to the top of the bidding process when it could be bolstering the North's new industry.

Regional inequality in public infrastructure investment will mean that attracting other investment in housing is less likely. On that basis a fair allocation process would direct investment to those regions where the private sector is weakest.

Public investment in infrastructure is vital to supporting housing supply and attracting private sector growth. Devolution must be about securing a fairer share of the proceeds for that growth and how the devolved administrations respond to the infrastructure challenges will have major implications for housing.

Tracy Harrison and many more organisations including Ministry of Housing, Communities and Local Government  and Department for Business, Energy and Industrial Strategy, Transport for the North, N8 Research Partnership and the Local Government Association spoke at the Examining the Progress of Devolution and the Northern Powerhouse Forum on Tuesday 25th September 2018 in Central Manchester.

What to expect from The Tenant Satisfaction and Engagement Conference

Could Further Devolution Increase Housing Supply Across the North?

Subscribe
Inside Government takes great pride in serving our public and voluntary sector communities through hubs that provide events, training courses, resources and insights. It is our aim to facilitate growth, development, innovation and efficiency in the implementation of public policy and delivery of public services.
Company Registered Number 3307092 VAT Registered Number 686 2779 74 Partnership Media Group Trading as GovNet Communications